Cameron Jeffers giving back to local cricket and charity 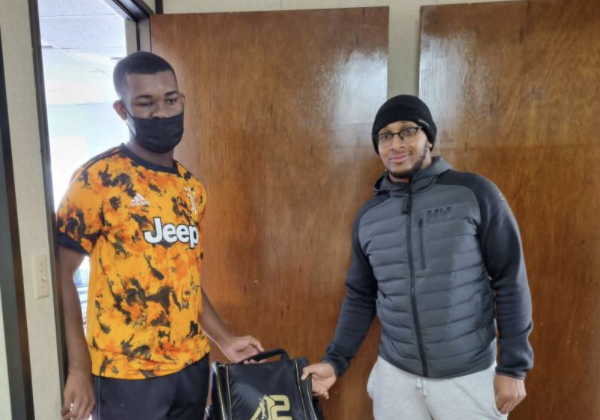 Cameron Jeffers wanted to make a “positive impact” on the lives of others.

“The company started at the beginning of 2020,” Jeffers told The Royal Gazette. “I’m in school for psychology and stuff like that and while I do it I’m really big on doing stuff I enjoy.

“Obviously I love my cricket and making an impact on people’s lives, and so that’s how the company actually started to kind of provide a cheaper alternative to cheaper cricket kit than some of the bigger companies out there.

“I felt like cricket gear is too expensive now as it is. A lot of it is commercial and you pay for the label more than actually the quality of the product. That commercialism of the game has kind of made it less accessible for people that really want to play.

“They probably don’t have the finances to afford it and so they feel like they can’t play. So I wanted to kind of bridge that gap between quality and price because everything has a price. People have to keep a roof over their heads and eat all of that stuff but almost a thousand dollars for a cricket bat is ridiculous.”

Jeffers has also made a positive impact in the lives of others by donating cricket gear to local charity, Big Brothers Big Sisters of Bermuda, an organisation that had a profound influence on his life.

“That’s a charity that I came up in,” he said. “From the age of 6 or 7 I’ve been a part of Big Brothers Big Sisters until 18 and I feel like that mentorship kind of helped guide me off a dark path and allowed me learn how to channel my energy and passions into cricket and into positive stuff.

“That charity is awesome for boys and girls that don’t really have that sort of guidance, and so I felt like that was a no-brainer to give back to them because of the amount they have done for me.

The warm gesture “touched the heart” of Patrina O’Connor-Paynter, the charity’s managing director.

“We are in awe of the man that Cameron is becoming and just to think he has been a part of the BBBS Family since he was five,” she said. “He was even featured in our 2008 ad campaign.

“Cameron thank you so much! You are proof of what our programme is all about! We love you!”

Jeffers says business has been good for the company.

“The company is going well and is definitely on the rise,” he added. “I’m in my last year in university, so once I finish up it’s something I want to focus on fully and channel all my time and energy into.

“It’s definitely something that’s been growing and becoming increasing profitable as time goes on, so it’s moving in a positive direction.”

While business has been encouraging, it has not gone without challenges, particularly during the global Covid-19 pandemic.

“We were held back a bit with delays due to Covid- 19,” Jeffers said. “Our main suppliers got really affected by Covid but we have made some adjustments from our end and gotten through that bit of adversity that could’ve dejected us.

“There were a lot of times where I was like ‘is this really worth it’ because of how slow things were going and the whole aspect of business is new to me.

“But my best friend Shirwin, whom I’ve known since I was 4, helped me get through that and also the reason of helping cricket be more accessible is way bigger than the reasons for me to quit.”

“We guys all train together with the school so we see a lot of each other,” Jeffers added.

For further details on the company visit them online at www.j2cricket.com or on Instagram at @j2cricket.