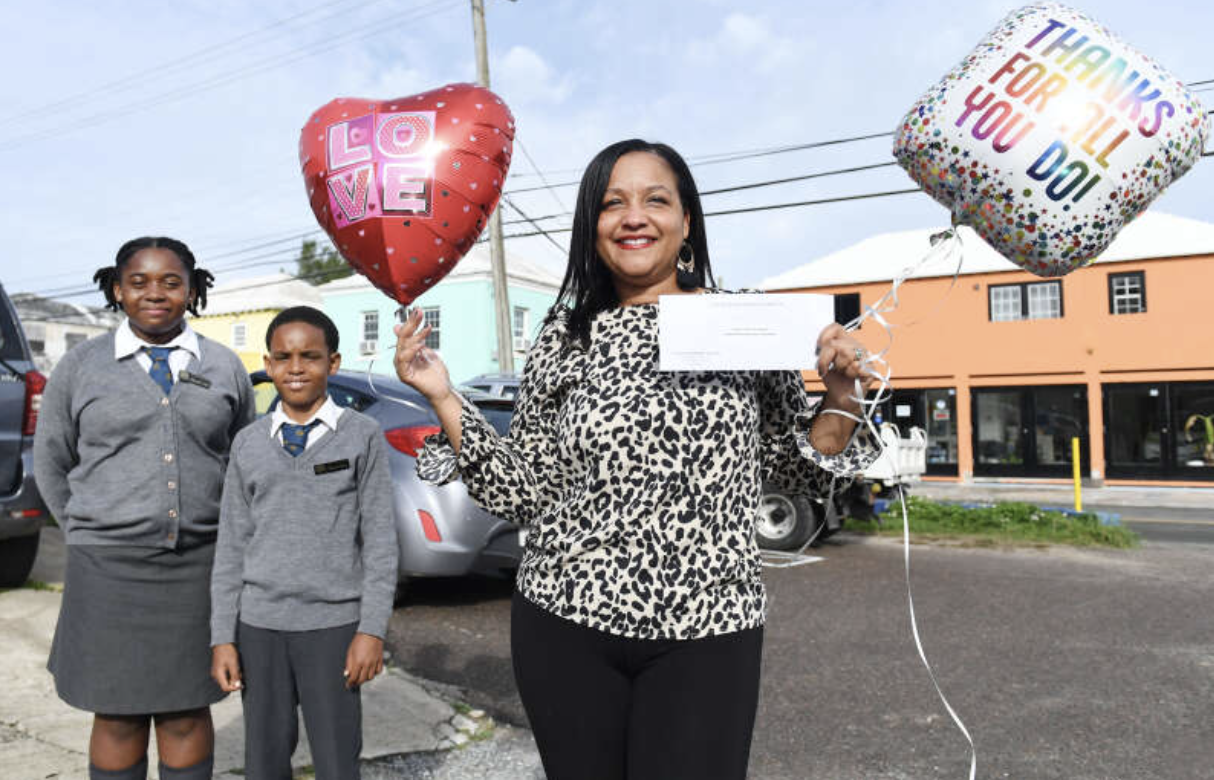 Children from St David’s Primary School showed their appreciation to Patrina O’Connor-Paynter, the managing director of Big Brothers Big Sisters of Bermuda, by paying her a surprise visit.

Ms O’Connor-Paynter delivered a virtual assembly to the whole school on Friday morning about self-image and confidence.

But she was unaware that Abeni Rewan Jones, the head girl, and Maven Lightbourn, the head boy, were waiting nearby with Gladstone Thompson, the principal, for when she finished.

They gave her a $200 donation for the charity and balloons to show their gratitude for Ms O’Connor-Paynter’s work.

Mr Thompson said: “Tears just came out of her eyes. She was just so moved and so appreciative that someone took the time to say thank you to her for her contribution to the island.”

Ms O’Connor-Paynter added last night: “This was so meaningful because it came from children, it came from school.

“I was just really touched because that’s the demographic that I serve, that’s who I’m trying to assist.”